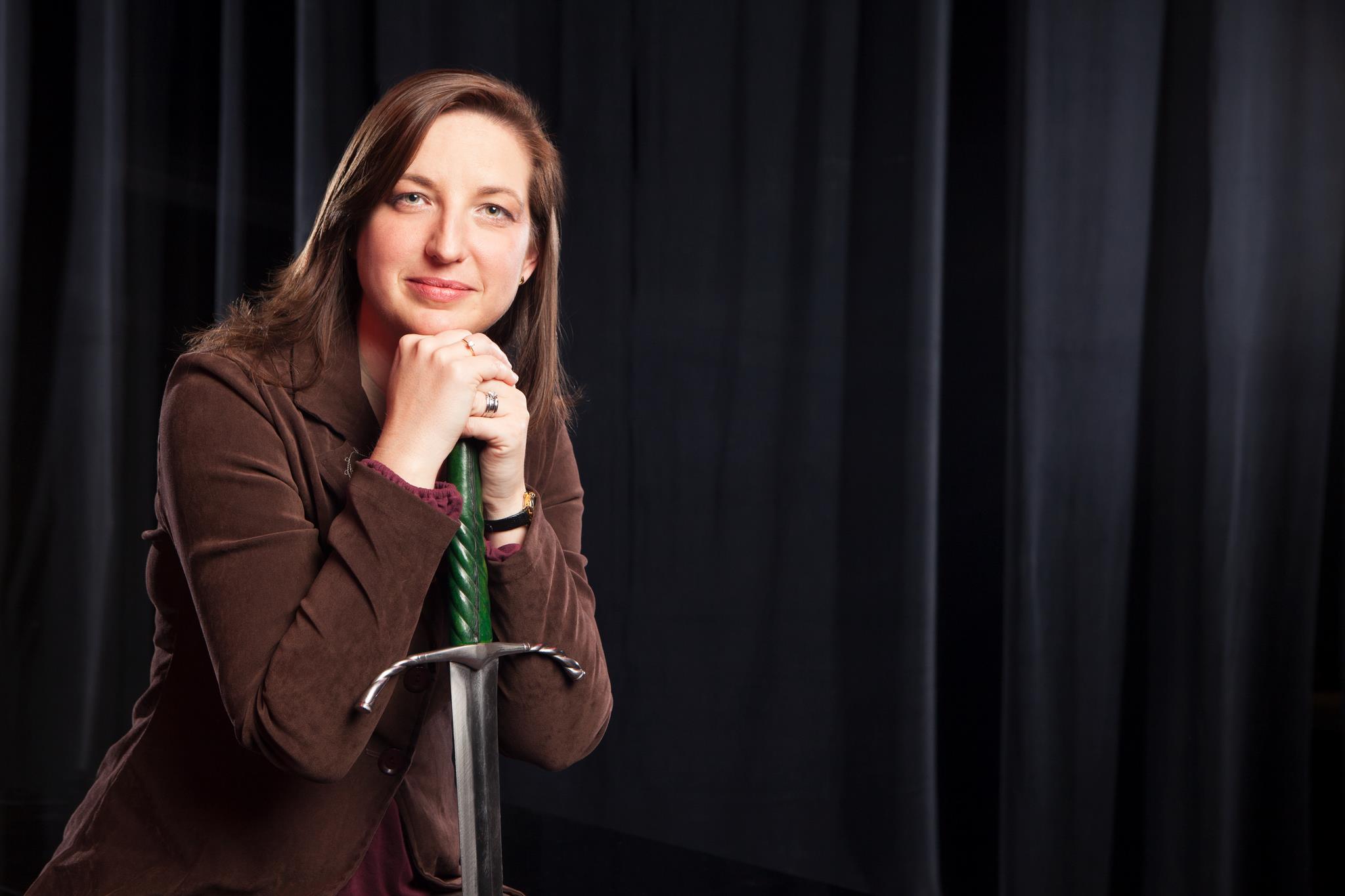 Andrea Robertson, the Director of Theatre at Paradise Valley Community College caught the theatre bug at an early age when in Middle School she was signed up for a Drama Camp. She began her career as an Actor, but discovered Directing in college and then Fight Direction not long after. She has been truly blessed to work continually in the Theatre by playing many roles: Educator, Actor, Director, Stage Manager, Fight Director, and even theatre supply retail. In 2006 she began her own Fight Direction company- Fight Call, LLC to pursue her love of stage combat; and is a Certified Teacher with the Society of American Fight Directors. She is a professional Fight Director working for The Arizona Opera, Theatreworks, and other venues around the Valley of the Sun. For more information on her company and stage combat visit her website www.fightcall.com.  Andrea has worked as a professional Actress playing such roles as Louise/Gypsy Rose Lee in Gypsy, Joan of Arc in the World Premiere of Blood Royal, and Mina in Dracula; a professional Director with such productions as My Fair Lady, Oliver, and Lend Me a Tenor and with her company she has Fight Directed such productions as Romeo and Juliet, Deathtrap, and Otello, as well as several independent films.  She earned both her MFA in Directing and her Bachelor of Arts in Theatre with a minor in Music at Western Illinois University.