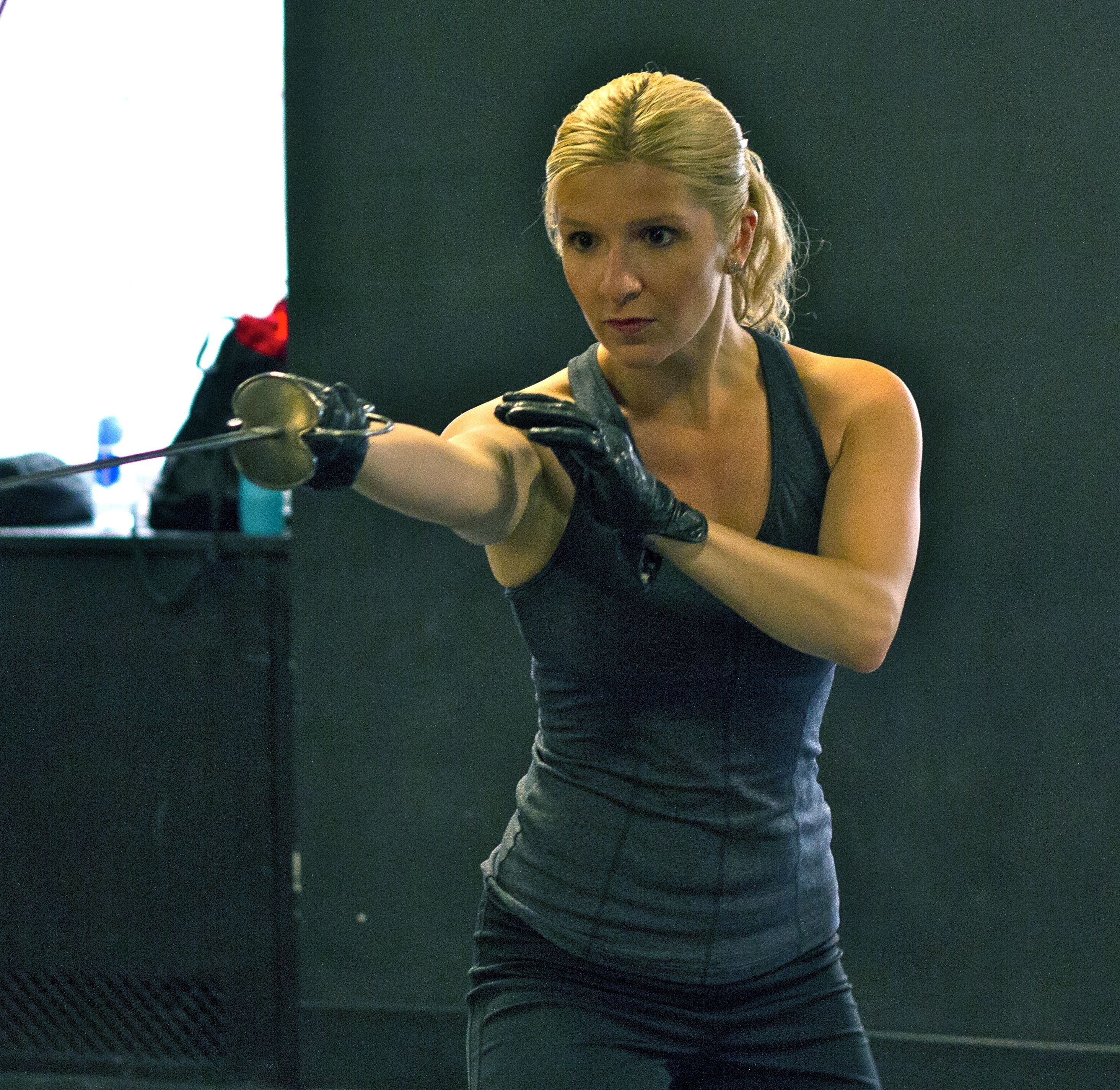 Alicia Rodis is a SAG-AFTRA Stunt Performer, Actor, and Fight Director as well as an Intimacy Director and co-founder with Intimacy Directors International. She is currently an Artist in Residence at Juilliard School of Drama as well as a professor at CW Post at Long Island University and teacher for Fights 4 in New York City. A graduate of the Professional Actor Training Program at Wright State University, she travelled working consistently in regional theater until making New York City her home where she began splitting her time in both theater and the film industry. She is an Intimacy Coordinator and Stunt performer, while also working as an Educator and Advocate for Choreographed Intimacy, Emotional Fitness, and Safe Spaces for Dangerous Work.  Her Intimacy Direction and Advocating has been seen on film sets on the East Coast, as well as the Yale School of Drama, The Juilliard School, Michigan State, CCM, MACE Workshops (Chicago), Northwestern State (Louisiana), Gannon University(PA), and many others.

Her violence and acting work has been seen at numerous companies and Universities in the East Central area and beyond including New York Shakespeare Exchange, The Public Theater, Cincinnati Shakespeare Company, The Human Race Theater Company, Extant Arts, The Essential Theatre Group, Manhattan Shakespeare Project, New York University, Columbia University, The Juilliard School, Stony brook University, as well The Brooklyn School for Classics, an outreach program to East New York schools. Alicia is the creator of GALHALLA, an all female fight training night, as well as a member of the Vixens En Garde, an all female fight troupe, who she tours with often.