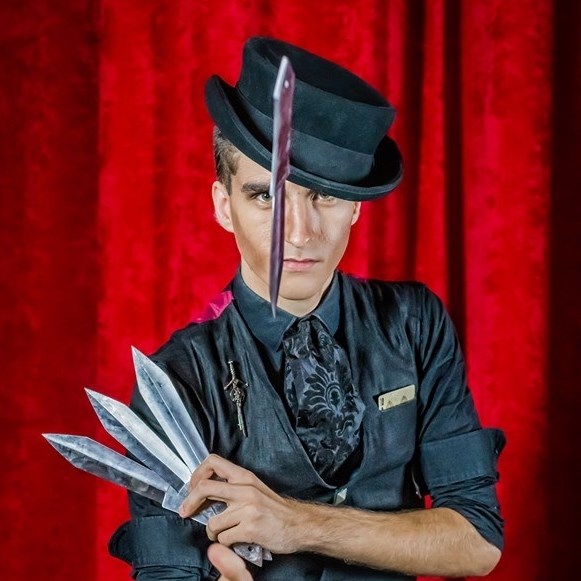 Malcolm Boniface is a specialty performer, theatrical armorer and fight director currently residing in Orlando, Fl. He has been working as a professional in the stunt and circus industry for over 6 years and has completed over a dozen relevant certifications through the Society of American Fight Directors, Dueling Arts International, National Rifle Association and the American Red Cross. Malcolm has over 15 years of combined theatrical movement training including competitive dance, acting, puppetry, stage combat and specialty skills such as whip cracking, knife throwing and fire spinning.

In addition to his work on stage, Malcolm is the CEO and lead craftsman of Ringmaster Productions LLC and by extension The Circus Armory (CircusArmory.com), a company dedicated to providing high quality, made from scratch stage combat and circus equipment at an affordable price. In addition to his specialization in hand made whips and 7075 aluminum bladed weapons, Malcolm is one of the only armorers in the world currently producing titanium stage combat weapons.